It’s Halloween, How Does Murder Affect Your Estate Plan?

Your Spouse Knows You’re Worth More Dead Than Alive

There’s a fairly common joke told multiple ways when couples creating an estate plan consider the effects of the passing of the first spouse:

“I’m worth more to you dead than alive.”

“You better be good, you’re worth more to me dead than alive.”

“I better watch out, once my wife/husband realizes how much he/she will get there’s no telling what she/he will do.”

From time to time the question realistically does come up: “What would happen to my assets if I were murdered by the person set to receive them?” Children or grandchildren, further down in the estate distribution hierarchy, may ask how someone accused or convicted of murder could receive their share of the estate.

Slayer: Not Just a Metal Band from the Eighties

In Arizona, like many other states, we have what is termed as a “Slayer Statute.” A.R.S. § 14-2803 governs the “Murder of Decedent,” and explains the basic concept that “A person who feloniously and intentionally kills the decedent forfeits all benefits under this chapter with respect to the decedent’s estate…” The “slayer” in this case is treated as if the slayer disclaimed his or her share of the estate.

Further, the felonious and intentional killing revokes any revocable (at the time of death) distribution provision directing assets to the slayer and any power of appointment (ability to direct the distribution to another person) the slayer may have had. Even interests held as Joint Tenant with Right of Survivorship are severed, meaning that the portion of a house owned jointly by a married couple would revert to the decedent’s estate, as opposed to going directly to the slayer.

A conviction where the right to appeal has been exhausted is proof of the slayer statute’s applicability. In the alternative, the Probate court, on petition, “shall determine whether, under the preponderance of the evidence standard, the person would be found criminally accountable for the felonious and intentional killing of the decedent.” A.R.S. § 14-2803(F). If the Probate Court determines the slayer would be found criminally accountable, that determination establishes the slayer as the decedent’s killer.

The Slayer Gets Tricked 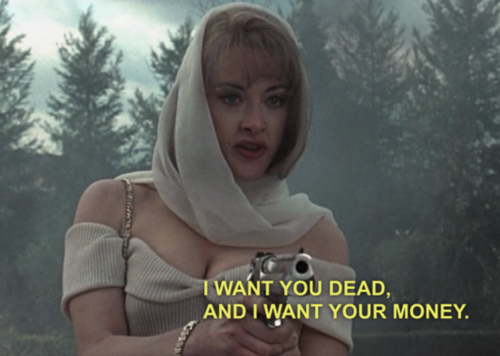 The Adams family never had to worry about what would’ve happened if the Black Widow successfully took out Uncle Fester… she failed. It is likely, however, that even if she succeeded she might have been deemed a slayer. That illustration is precisely the scenario states have sought to prevent through Slayer Statutes. A person attempting to steal an estate through murder should not receive the benefit of that estate. However, Slayer Statutes remain relevant and are there for a good reason… the situations have and still do occur in real life.